The Smell of Death 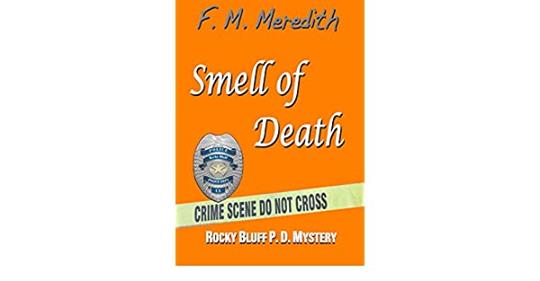 This is number 4 in the Rocky Bluff P.D. mystery series. This one is also darker than later books.

Much of the bad stuff that happens is based on real crimes--but of course fictionalized. But this is also the beginning of the romance between Detective Milligan and Stacey Wilbur.

The idea for this book and the title came from my cop son-in-law pointing out to me what is left out of most mysteries, TV shows and movies is the smell of death. That has now become more realistic, but at the time I was writing Smell of Death it was usually absent.

One place in this book that is not visited before is the campground on the southern outskirts of Rocky Bluff, and it plays an important part in one of the plot lines.

And as always, there is as much about the family lives of the characters as the cases that are being investigated.

The reason I'm writing these snapshots of the new revised and edited versions of this series out of order, is because this is the order they are being published in.

Marilyn who writes this series as F.M. Meredith

Available on Kindle and in paper from Amazon:

My Book Party for Spirit Shapes 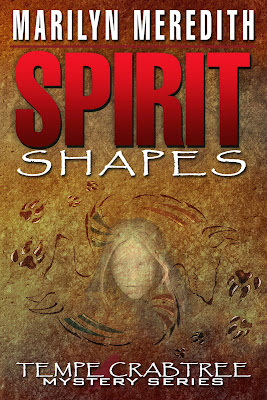 Where: Fellowship Hall, Springville Baptist Church, Bogart Dr., (off 190 at the top of the hill) on the way to Springville. (CA)

What: I plan on telling what led to the writing of Spirit Shapes. I'll also have a few copies of some of my other books in the series.

Refreshments:  My friend Cheryl who bakes the most wonderful cakes is providing one for this event.

I realize my party is in competition with all kinds of Christmas bazaars and boutiques all over Springville and Porterville. But, remember, a book signed my an author makes a unique gift.

I'm looking forward to seeing a few of my friends.

(And for those who think once a book is out, the author can rest, I've already started the next one in the series, and I'm going over the edits of my next Rocky Bluff P.D. crime novel.)