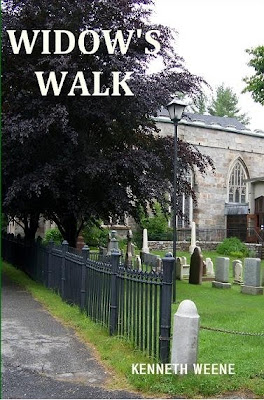 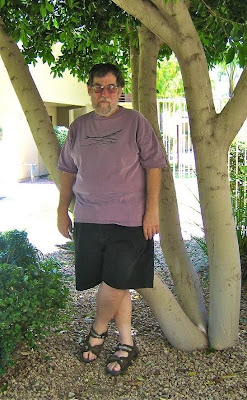 This is the story of a woman, Mary Flanagan, a widow whose Catholic faith plays a predominant role her her life. When her son returns home from the war as a quadriplegic, he becomes her whole world, and in so doing she takes away his independence.

When her son goes off to a rehab center, Mary's life begins to take-off in a new direction, a direction she'd never have expected in her wildest dreams.

This is a love story, a tales about religion and faith, marriage, life and death. It's not a particularly happy story, but it is a a true slice of life, wonderful at times and heart-wrenching at others.

Giveaways for those who visit along the way and leave comments:

*The first giveaway is Kenneth Weene's poetry book which will go to a few different commenters.

Winners will be drawn at random from all those who leave comments along the tour.

To learn more about the author's tour schedule, visit
http://virtualblogtour.blogspot.com/2009/07/widows-walk-by-kenneth-weene-virtual.html

About the author, Kenneth Weene:

A New Englander by upbringing and inclination, Ken Weene’s career – primarily in New York – included teaching, pastoral care, and psychology. Throughout his career Ken has also been devoted to writing. His poetry has appeared in a number of publications – both print and web. He authored a number of professional publications. His short stories and essays have also been published. One of his short plays was recently workshopped. An anthology of Ken’s work, Songs For My Father, was published 2002. His novel, Widow’s Walk, has been published in 2009. Ken and his wife, Roz, now live in greater Phoenix where he spends much of his time writing.

He started writing, primarily poetry, in the 1980s. Regarding Widow's Walk, Weene says, "Stepping away from full-time work was the best decision I ever made. Writing this story has given me tremendous personal satisfaction, and it has shown me an avenue for expression I will always treasure."

If you haven't already read Widow's Walk, be sure to pick your copy up at Kenneth Weene’s Author Website - http://widows-walk.webs.com/.

And of course Widow's Walk will also be available at Amazon.com.

Kathleen A. Ryan said…
Marilyn,
Thanks for the review of Ken's book, it sounds interesting. Life is filled with difficult moments, and the test is how we handle it -- and it sounds like he has accomplished just that in WIDOW'S WALK. I will start following Ken on Twitter.

Morgan Mandel said…
Sometimes the truth isn't easy to swallow. It's hard to do a story like that. Sounds like a great book.