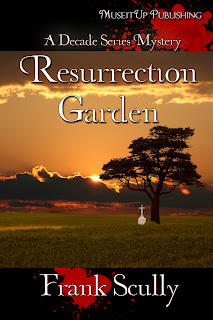 Jake Turner, a scarred veteran of the charge up San Juan Hill, has been a lone drifter through
much of the settling of the west. Opportunity was growing out of the newly turned sod of the
North Dakota prairie in 1904 when he stopped to take a part time job as a Deputy Sheriff,
expecting to move on again when the dark parts of his past catch up to him.

An investigation into a murder of a man hated by everyone has threads that lead to his best
friend, Isaac. Jake is ambushed and almost killed, but is nursed back to health by Isaac. While
Jake follows the clues into a labyrinth of hatred, sordid crimes and missing money he becomes
attached to an eight year old orphaned boy named Andy and falls in love with Isaac’s sister,
Alice. After being alone for so long with no hope or care for what tomorrow might bring, Jake
finds it difficult to accept these new emotional attachments.

Jake believes in Justice, but before he had only his own life on the line. When Andy is
kidnapped and almost killed, Jake knows the killers will do anything to stop him. In order to
protect Alice and Andy, he must break their hearts and leave them and North Dakota behind.
Jake knows he’ll be back. So do the killers. Trap and counter trap are laid. Jake knows there
will be graves. He just doesn’t know who will be in them.

My review of Resurrection Garden:

Resurrection Garden by Frank Scully
As most good mysteries do, this one begins with a dead body. The big difference is this tale is set in 1904 and starts in North Central North Dakota, making it an historical western mystery. Before I tell much more, I have to say I loved everything about this story. Deputy Jake Turner is a reluctant hero, a single man who knows something is missing in his life despite his faithful horse, dog and cat.
The historical details are perfect and enhance the action—of which there is plenty. Deputy Turner is wounded more than once while tracking down the clues to find the identity of the murderer and all the other complications and revelations that develop. The relationship between Jake and an orphan boy, Andrew, is realistic and heart-wrenching, as is Jake’s friendship with a dying man.
Before the book is over, a romance develops—one that doesn’t seem to have a happy ending in sight, but you’ll have to read it to find out what happens.
Author Scully has done a fantastic job in creating this very realistic mystery in a by-gone era. I loved this book and I highly recommend it to all mystery lovers and those who enjoy a good Western.
--Marilyn Meredith

Depending on the vagaries of the universe he has been well off at times and broke, but never
broken, at other times. Blessed with an understanding wife who gave him twin sons, he has
remained through it all a dreamer whose passion is writing stories that will entertain readers.

Resurrection Garden is available for purchase at http://www.amazon.com/gp/product/B004HO6A90/ and http://museituppublishing.com/bookstore2/index.php?page=shop.product_details&flypage=flypage.tpl&product_id=31&category_id=64&option=com_virtuemart&Itemid=1&vmcchk=1&Itemid=1

Cheryl said…
Thanks for the fabulous review of Frank's book. I'm glad you enjoyed it. I had a chance to read it too and agree that it's a great story. I hope your readers will check it out.