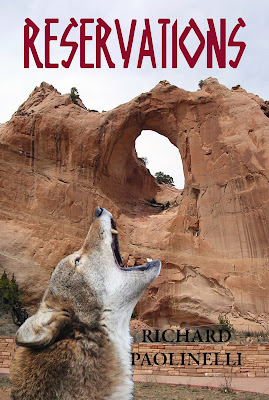 Sometimes the journey follows a different path than originally planned but that only makes arriving at the destination all the more sweeter.

That pretty much sums up how I feel today. For the first time I can same I am a traditionally published novelist with the release of my mystery-thriller, Reservations,

I have self-published two books and two novelettes over the past two years, and I was the lead story writer for a graphic novel series, but somehow the feeling this morning was so much different when I was able to go to Amazon’s website and see Reservations there for the first time.

Of course, I had thought it was going to happen a very long time ago. Back in 1985 when I was hired as the story writer for Seadragon, a graphic novel series by Elite Comics, I was sure my fiction writing career was well and truly underway with nothing but an abundance of blue skies and green dollar bills ahead.

But life had other ideas and I suddenly found myself married with two kids and a career as a sportswriter going full steam ahead instead. The dream of being a novelist was on hold and it would take nearly three decades before it would finally come true.

The process of getting my first traditionally published book on the shelves was a long one, filled with many peaks and valleys – and an abundance of rejection letters from agents and publishers as well – and there were many times when I was sorely tempted to give up trying.

But – and this is my best advice to others wanting to write a book and get it published – I set aside the setbacks and pushed ahead despite all of the negatives and it was the best thing I could have ever done.

Thanks to my agent, Jeanie Loiacono, and Billie Johnson at Oak Tree Press, I have finally arrived at my destination after a very long and eventful journey that I would not have missed for all of the riches in the world.

And now that I have arrived I find – much to my surprise – that I haven’t really reached my destination at all. Instead this was just the first checkpoint along the way and where it will eventually lead is a place I can’t wait to see or even begin to imagine.

Reservations, a mystery/thriller, is set near Gallup, New Mexico where the Navajo, Hopi and Zuni reservations are adjacent. Three tribal leaders have been murdered —murdered in a fashion that suggests the deeds were carried out by the COYOTE, a legendary evil trickster feared by many Native Americans. The tribal president contacts his old friend in the FBI for assistance in solving the crimes and preventing more murders.

The FBI selects its star agent, Jack Del Rio, and dispatches him to New Mexico. Del Rio finds a situation tangled in political intrigue, and must work through those issues on his way to solving the mystery. Assisting him in his quest is Officer Lucy Chee. A romantic interest develops between the two. Del Rio identifies the murderer, but not without further bloodshed and loss. 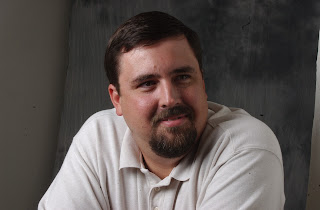 Richard Paolinelli is an author and award-winning sportswriter and editor. His first fiction credit, as the lead story writer on the 1986 graphic novel series, Seadragon, preceded a 25-year newspaper career. After retiring, Richard returned to fiction writing with two short stories, Legacy of Death and The Invited, as well as a science fiction novel, Maelstrom. In 2015 he published From The Fields: A History of Prep Football in Turlock, California and had his novel Reservations published by Oak Tree Press.

When not writing, he and his wife are usually spoiling their grandchild.

Nancy LiPetri said…
Thanks for sharing the story of your writing journey, Richard. Sounds like another great mystery with insight into Native American culture. And you already know the cover is admired by many of us.
October 13, 2015 at 1:04 PM

Anonymous said…
Thanks for reading everyone. And thank you for the comments on the cover. I guess if the writing thing doesn't work out I can go into cover design. ;)
October 13, 2015 at 6:22 PM