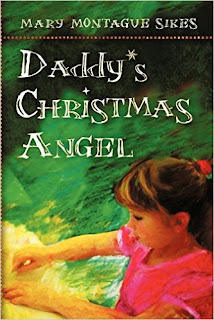 Ryan longs to have a mother. The shy little girl is going to be an angel in her school’s Christmas play and creates a strategy about the costume to get her father to meet the pretty second grade teacher. However, the only commitment David Ryan wants is to his daughter, and Angie McAllister wants no commitment other than to her own independence. Can the magic of the season clear the way for a little girl's Christmas wish to come true? Think “Sleepless in Seattle” meets “Love Story” and place a young Meg Ryan in the role of Angie. 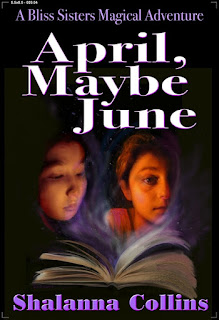 Do you have a young adult or middle grade reader who has run out of Harry Potter books but loves to read fantasy or contemporary fantasy?  Or perhaps you know someone a little older who still enjoys timeless romps? Then a short, faster-paced fantasy/adventure that charms young adults as well as grown-ups who have never lost that sense of wonder will make a great Christmas gift or stocking stuffer.  APRIL, MAYBE JUNE by Shalanna Collins (award-winning fantasy author), the book that won the 2010 Golden Rose mystery/fantasy grand prize, is for you.

April Bliss (yes, she gets teased for her name) is a precocious teen girl genius with a sister who is a year and a half older and even smarter. Of course April knows she's smart and funny--but not necessarily in the ways that she believes she is. Her life has been on an even keel until the day the police show up at their mansion and their family is thrown into chaos. Never mind that June finds a magic ring and (even though she HAS read The Hobbit) puts it on and comes under its influence, or that April finds a magic book that shows her alarming pictures. They need to rescue their cousin Arlene from a renegade coven of evil witches--or is that a double-cross?

"April is a delightful narrator, both witty and unintentionally funny, one of those kids people sometimes say were 'born old,' but young and earnest and energetic too.  She is fiercely loyal to family and takes this loyalty to its logical conclusion in a twisty magical plot full of both humor and terror."--Pamela Dean, author of THE SECRET COUNTRY YA fantasy series 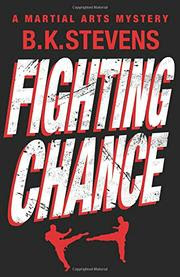 Description:
When seventeen-year-old Matt Foley’s coach and mentor is killed in a sparring match at a tae kwon do tournament, the police decide it was a tragic accident. Matt’s not so sure. With help from a few friends, including the attractive but puzzling Graciana Cortez, Matt learns the coach’s opponent, Bobby Davis, is a brutal, highly skilled martial artist, the central attraction at an illegal fight club. Now, Matt’s convinced someone hired to murder the coach. But who would want to harm the coach, and why do it at a tournament? Matt’s efforts to find the truth pull him into some dangerous conflicts. To improve his self-defense skills, he joins a Krav Maga class taught by a man who becomes his new mentor. Matt suspects that he’s going to need those skills, that some day he’ll have to face Bobby Davis himself. –by B.K. Stevens 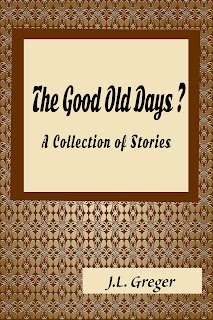 The Good Old Days? A Collection of Stories is the perfect gift for anyone, who wants to initiate a lively family discussion over the holidays. 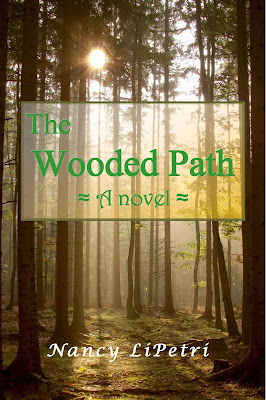 The Wooded Path makes a great gift for those who enjoy page-turning contemporary fiction.  Women readers say the characters, especially the group of bunco friends, are so relatable. Male readers say they appreciate the accurate detail about Lake Norman, NC, and the peek into what their wives might really be thinking about marriage.

Blurb:  The disappearance of a woman after a nighttime boat ride rattles her lakeside neighborhood and leads others to reevaluate their own lives and relationships. One finds herself risking her seemingly perfect life…and afraid of what really happened to their friend.

Jackie Houchin said…
Thank you for MORE Christmas book suggestions. Oh me, oh my, what am I to do? I would like and like to give most of them. "April, Maybe June" by Shelanna Collins reminds me of my Missionary Kids Stories. Two of the seven kids in the Matthews family are April and June. June is older and a twin with her sister Melody May. April is a "pretender," actor, artist, writer. It would be a fun book for me to read!!
I'm gad you included a few of your own too in these last several days.
November 23, 2016 at 10:42 AM

Notes Along the Way with Mary Montague Sikes said…
Thanks so much, Marilyn! I had company from Sunday to Thursday and did not get to this earlier. I apologize. What a great idea and how kind to share!
November 25, 2016 at 9:33 AM

Nancy LiPetri said…
Thanks for including my novel, Marilyn! So many fun gift ideas. Think I'll do some Kindle-loading for names on my list :)
November 26, 2016 at 6:47 AM

J. L. Greger said…
Now all we have to do is convince everyone that books make the best gifts. And they're easy to wrap.
Thanks fro this post.

JL Greger, author of mysteries, like Murder...A Way to Lose Weight, and thought-provoking short stories in The Good Old Days? A Collection of Stories