From Single Title to Series by Elaine L. Orr 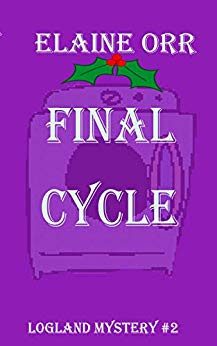 Sometimes a character grabs you and won't let go. With Final Cycle, the town had me in its clutches.

Final Cycle is the second book in the Logland series. I originally planned the first book, Tip a Hat to Murder, to be the sole appearance of this small Illinois town and its rowdy college fraternity. In fact, I wrote a blog post about writing a book that would not be part of a series.  Oops.

Police Chief Elizabeth Friedman's choice to leave Chicago was a deliberate one. She arrives in Logland to head a small, all-male force, and looks forward to at least one of the middle-age crew retiring so she can hire some younger talent.

The town's Bully Pulpit Diner is a popular gathering point, as well as the scene of the murder of its owner. By Final Cycle, the diner remains a focal point, but it doesn’t host a corpse. 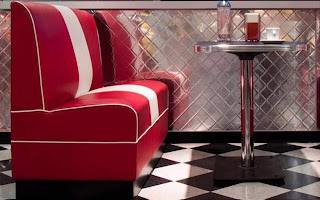 I decided that Chapter One of each book in the Logland Series would be told from the point of view of a third-person narrator. With Chapter Two, the books belong to Chief Friedman.

The town is not without quirky characters. In Final Cycle, the most colorful is retired teacher and grouch Louella Belle Simpson. She has taken it upon herself to advise anyone who will listen (even if they don't want to) about healthy food choices.

Her views sometimes come with critiques of the listener's appearance, and are so unpopular she ends up in the local laundromat's dryer. And not in a good way.

With Final Cycle, the characters have a chance to get to know one another better. Fast becoming my favorite is Skelly, the local medical examiner. That job requires a sense of humor, and the banter between him and Chief Friedman draws readers into the story.

I call books in the Logland Series police procedurals with a cozy feel. Why? My other series are cozy mysteries, and I love the genre. However, I wanted a sleuth who had a legitimate reason to delve into a crime. No need for sidebar sleuthing. Still, I'm not a fan of on-stage violence or coarse language, so the books appeal to cozy readers.

Final Cycle takes place during the Christmas season, and has some poignant moments. While the chief and her crew figure out who has been preying on senior citizens, they dangle notions for more books. And to think I initially thought Logland would fade after one book. 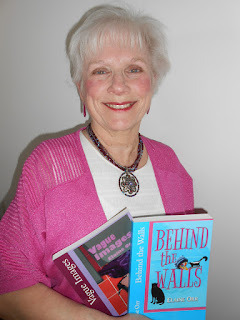 Elaine also writes plays and novellas, including the one-act, "Common Ground," published in 2015. Her novella, "Biding Time," was one of five finalists in the National Press Club's first fiction contest, in 1993. "Falling into Place" is a novella about family strength as a World War II veteran rises to the toughest occasion. "In the Shadow of Light" brings the tragedies of the U.S. Mexico border to life through the eyes of children and their parents.

Elaine conducts presentations on electronic publishing and other writing-related topics. Nonfiction includes "Words to Write By: Getting Your Thoughts on Paper" and "Writing When Time is Scarce and Getting the Work Published."

A member of Sisters in Crime, Elaine grew up in Maryland and moved to the Midwest in 1994. She graduated from the University of Dayton with a BA in Political Science and from the American University with an MA in Government. She worked for GAO and the National Academy of Public Administration for many years, and for two Iowa members of the U.S. House of Representatives -- one Republican and one Democrat.

Elaine L. Orr said…
It's fun to see the post about Final Cycle! Thanks, Marilyn.
If readers would like to check out the book, it's on Amazon at
https://www.amazon.com/dp/B07L7L6BFW, and can be read free with Kindle Unlimited.

Elaine L. Orr said…
To read Final Cycle (which is free with Kindle Unlimited) head over to Amazon. https://www.amazon.com/dp/B07L7L6BFW
You'll find the paperback and ebook there, as well as a paperback on Barnes and Noble. Enjoy! https://www.barnesandnoble.com/w/books/1130640942
March 31, 2019 at 7:11 PM