The Importance of Setting by Thonie Hevron 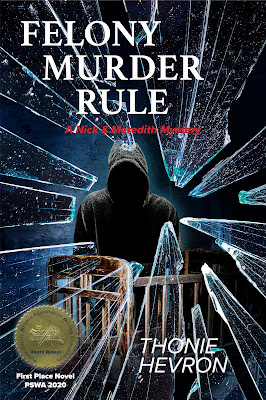 In a recent post, our host Marilyn Meredith talked about setting and why it is important. I think it’s only fair to share with her my thoughts on setting.

Setting is the reason I got serious about writing. I’d always written but never seriously and rarely completed a work. By 1997, I’d spent two decades in law enforcement in Northern California. When my fire fighter husband suffered a career-ending injury, we stepped up plans to retire to the high desert/mountains. Until I qualified to retire—a few years at most—I got a job as a dispatcher at a small municipal police department. It took less than a year in the Sierras when I found myself so homesick that even the catastrophic floods of 1996-97 in my old neighborhood made me want to be back in Sonoma County. I’d worked three previous floods and missed helping during the disasters.

One night, seeking a bit of solace, I scratched out a description of a Russian River (Sonoma County) home I saw in a magazine. Then the seed of a story began. Then I wrote the story. That tale became By Force or Fear, the Nick and Meredith Mysteries, about a Sheriff’s detective Meredith Ryan (and her partner Nick Reyes) stalked by an influential judge.

Sonoma County has a rich topography to draw from—Pacific coastline, primordial redwood forests, mountains, vineyards, livestock pastures, and the Russian River. Since my husband and I moved back in 2004, I’ve written and published a total of four books—all set in Sonoma County (the exception is Intent to Hold, the second book, begins and ends in Sonoma but the bulk of the tale takes place in the outskirts of Puerto Vallarta, Mexico).

To me, setting is another form of character. Written well, it can engage your senses with the smell of the redwoods, the spray of the ocean waves, humus underfoot (smell and touch), and the inspiring sights of all these. A good character portrayal often includes quirks and habits. So can setting. I love to incorporate a natural event-often a disaster. In By Force or Fear my deputies are called upon to rescue residents of a tough-to-access canyon during a flood. A mudslide complicates characters’ escape in Intent to Hold. A rampant wildland fire almost thwarts a murder investigation for Nick and Meredith in With Malice Aforethought. In the fourth book, Felony Murder Rule, I decided to rely less on Mother Nature and make the most of maternal instincts. Meredith Ryan’s father dies leaving her an ugly secret that endangers her family. I set this novel in Petaluma, my hometown. I’ve been here off and on since 1976 and consider it home.

I hope I do this setting justice. 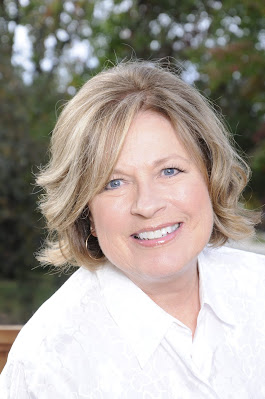 Donnell Ann Bell said…
Without setting, you don't have a story. World building determines whether your reader continues or whether he or she puts the book down. I love how setting gave you the germ of an idea, Thonie. That was basically my impetus as well. I'm a small town girl, but I LOVE international thrillers. Couldn't write one to save my life unless I spent hours googling areas. So I write what I know of the places I've been. Small town girl, or not, I've lived in some interesting places. Thanks for sharing.
January 25, 2021 at 9:07 AM

badge # 979 said…
Yes, I think memories are held in our mind through attachment to place. The Midwest has a certain mountain-range clean air smell in the early mornings that I"ve never found anywhere but home. Enjoyed it, Lynn
January 25, 2021 at 9:37 AM

DiAnn Mills said…
To me, setting is like an antagonist setting. I want it to have charm but I want to use it to force my character to change and grow. Thanks for an excellent post!
January 25, 2021 at 10:02 AM

GEORGE CRAMER said…
I had a friend who was a fantastic storyteller. For years I hounded him to write the stories, short, flash, or in a novel. He finally wrote several of the stories. At first, they fell flat, once he understood the need for settings, he rewrote the same stories. They came to life. Thanks for reminding us of the importance of setting.
January 25, 2021 at 10:13 AM

Madeline Gornell said…
Good post, and right to my writing heart. Setting is what drew me to create Shine and Rhodes Castle. Setting and characters...
January 25, 2021 at 10:36 AM

Radine said…
Don't forget cover art! (Just looking at your cover gives me chills, for example. Talk about an effective setting! Yikes.) Sometimes setting can make cover art easy. Several of my mystery novels feature enhanced images of where much of the story action takes place, the 1886 haunted Crescent Hotel in Eureka Springs, AR for example. (Ghost tours nightly.)
My husband photographed the location, an artist "enhanced" its looks to fit the plot.
January 25, 2021 at 1:38 PM

Thonie Hevron said…
I had a colleague from my local writers' club email me. I thought her comments were so interesting that I'm posting them here, with her permission.

I love the guest blog post. Setting is a huge attraction for me, too. And your post gave me a new thought about setting. A question, really, that might be fun to discuss as a group sometime. The question is: When you write, do you consider people to be part of the setting? I've always thought of setting as only the physical elements like the Sonoma forests, pastures, beaches, the Russian River, like you describe so well here. And of course that's separate from the characters, main and secondary.

But are the kinds of people who are sort of in the background, are they actually part of the setting? The sun-browned vineyard workers, the cowboy you see off in the distance on his horse, the park ranger in the redwoods, the chef in her restaurant garden?

I honestly just now thought of this and would find it fun to talk about. Wasn't sure when you asked if we had anything to add whether it would be included in comments or in an edit on the post or what, so I just thought I'd fire it off as an email, for what it's worth. Thanks for letting us know about the blog post!

Thonie Hevron said…
"...the sun-browned vineyard workers, the cowboy you see in the distance on his horse..." all evoke setting with a twist on how character blends with setting.
January 25, 2021 at 4:19 PM