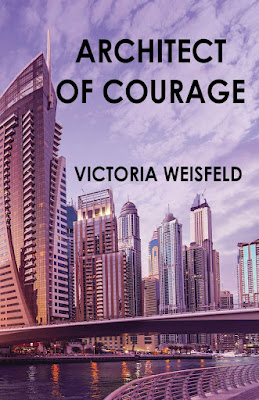 Award-winning fiction writer Victoria Weisfeld’s mystery thriller, Architect of Courage, was published this month by Black Opal Books. Although this is a debut novel, her more than 30 published short stories have received several “best” awards.

“People often ask why I write crime and mystery fiction, and the answer is simple: it’s what I—like so many readers—enjoy reading. That little jolt of adrenaline. I also gravitate to stories about ordinary people who find themselves in extraordinary circumstances, as Archer Landis does in Architect of Courage.”

Available online and by order from bookstores, Architect of Courage is set in New York, Brussels, and Tarifa, Spain, in the summer of 2011. In real life at that time, law enforcement and security services were on high alert for any kind of terrorist events that might be planned to mark the tenth anniversary of 9/11. That anxiety colors what happens in the novel.

The orderly life of the book’s hero, successful Manhattan architect Archer Landis, is upended by the murder of the woman he loves. To his surprise, the authorities link her to the Arab American community, and their reflexive conclusion is “terrorist.” Landis sets out to prove them wrong, as attacks continue on everyone and everything he holds dear.

“To protect the people around him—and to survive—Archer Landis has to confront prejudice, self-doubt, the limits of loyalty, and his own need for redemption that transcends his desire for revenge,” Weisfeld said.

Architect of Courage has received a positive reception, she said. “Readers say they especially like the way the characters are developed. I certainly hoped they would come off the page as real people, and it seems they do.” 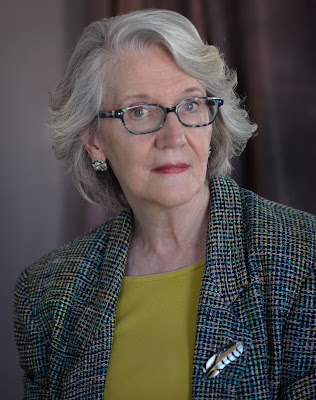 Weisfeld, a West Windsor resident for nearly 40 years, predicted that Architect of Courage won’t be her only novel. Up her sleeve is a thriller set in Rome, Italy.