Reminiscing About Epic and EpiCon 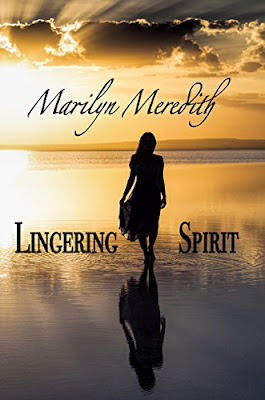 Way back in the day when e-books were brand new and if you mentioned them in public you were often booed, I joined an online organization called Epic that promoted E-books in many ways, including wonderful conferences.
I don't remember the years or what I learned, but I remember the places and wonderful people I met.
The first one I attended was in Bellingham WA and I roomed with Gay Kinman--we've been life long friends ever since and I've roomed with her at mystery cons, and my one and only time in New York to go to the Edgars. She and her husband visited us last year and we had a wonderful time remembering all we'd done togehter.
I went to another Epicon in Washington but can't remember exactly where.
Tampa Florida was another EpiCon location. This was an elegant conference, so well organized. Great hotel, good food, Jeff Strand was the MC for the con and many others, and his wife, Lynn Hansen, did all the work for the con. I won a Publisher's Choice award at that one.
Can't remember the order, but one I remember vividly was at Virginia Beach VA. Because it was winter, no food served in the hotel, plus only a few restaurants were open nearby. It was cold when we ventured out for meals. Great views of the ocean from our room--and my husband was my roommate. Only authors I remember being there were Lorna and Larry Collins, also life-long friends.
The conference in New Orleans was lots of fun, hubby came and we explored the French Quarter and took a ride on a steamboat on the Mississippi. One of my books was up for an award, but lost out to Mike Orenduff and I think his first Pot Thief mysteryies. (Mike became one of my publishers for a time years later.)
One was held in Oklahoma, and hubby and I had a lot of fun exploring--and honestly, that's all I remember about it.
Omaha NE was another site for an Epicon. All I really remember about that one is I had a wonderful booksigning at a mystery bookstore there. Probably more books sold and signed than anywhere before or after. Plus hubby and I were taken out to dinner at a great Bohemian restaurant.
I remember at least two in San Antonio. Hubby went with me to the first one and of course we visited the Alamo. The older part of the hotel was supposed to be haunted and weird things did happen there.
One I remember vividly because I received an Eppie for my romance with a touch of the supernatural, LINGERING SPIRIT, and my publisher was there. Such a surprise and so much fun.
I'm probably missing other places, but it is fun to look back over these fun times.
Marilyn
Epic Epicon Eppie award Lingering Spirit

Lorna Collins said…
I loved EPIC, and I miss the conferences. We did quite a few presentations, including a keynote in Las Vegas, and madegreat friends, including two of our publishers. I, too, have wonderful memories. It is where we met you and Hap in 2006 in San Antonio.
August 16, 2022 at 8:36 AM

Anonymous said…
There was an EPIC conference was in Portland I went to. You told me about EPIC, and I joined the group. I was sorry to see in go out of business.
August 19, 2022 at 1:30 PM